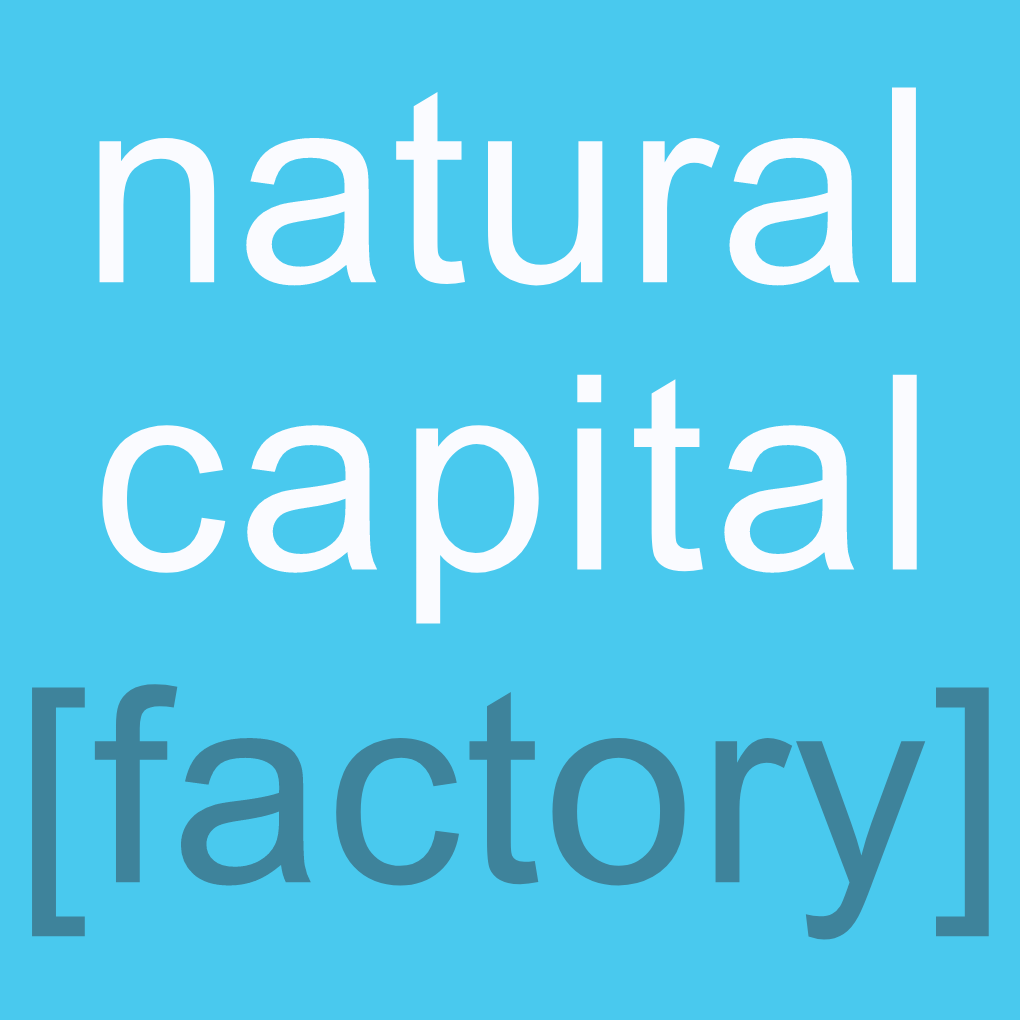 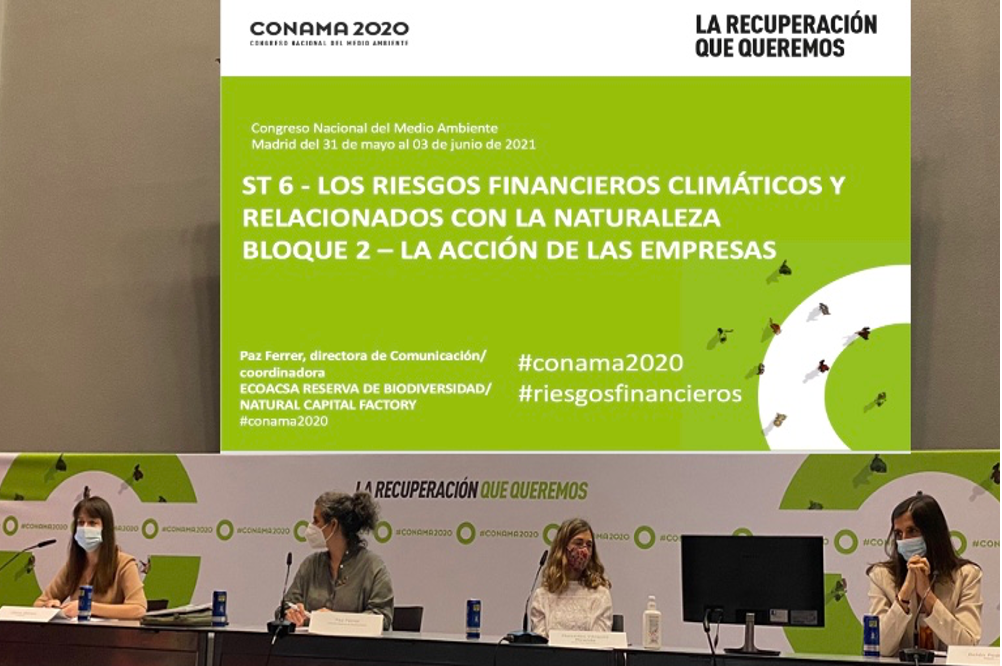 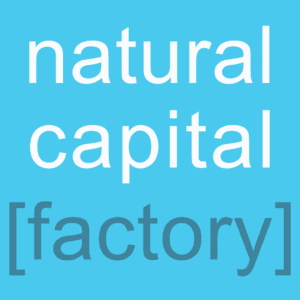 Block 2 of CONAMA 2020’s Technical Session 6 was focused on the presentation of the results of the survey launched by CONAMA’ Technical Committee 6 on how Spanish organizations address climate and nature-related financial risks and how they contribute to adaptation to climate change and the strengthening of social resilience. In addition, Elena Blanco Lozano, Manager of Sustainability and Environment of Enagás, Mercedes Vázquez Miranda, of the Sustainability Department of the Grupo Red Eléctrica, and Belén Pedruelo Gárate, Manager SR Reporting ESG of Repsol shared with the attendees real cases about their experience managing these risks in their respective companies.

Paz Ferrer Calvo, Communication Director of Ecoacsa and coordinator of the Natural Capital Factory, shared with the attendees some of the most relevant conclusions obtained from the consultation (read the technical document published by CT6):

Some examples of physical climate-related financial risks identified by the companies that answered to the consultation are the increase in the frequency and severity of adverse phenomena that affect livestock, agriculture, aquaculture and forestry activities, risks associated with droughts that compromise the productive activity, the decrease in water resources, delayed deliveries due to a higher frequency of floods, and the loss of biodiversity, with consequences on the health of people and animals.

Among the most relevant transition climate-related financial risks are CO2 prices and the greater difficulty in raising funds to finance the development of certain projects. This is derived from the position that the financial sector or investors with exposure to the energy sector may adopt, whether voluntarily or induced by the regulator. Additional climate-related financial risks are legal breaches in environmental issues that translate into fines with consequent reputational damage.

Some of the most relevant physical financial nature-related risks for companies participating in the survey are legal restrictions on animal life, animal husbandry, animal health, use of veterinary medicine, emerging diseases that affect animals and people, and problems related to food security.

Regarding key transition financial nature-related risks, some are related to litigation derived from the loss of biodiversity and breach of legal frameworks such as non-compliance with applicable environmental legislation and environmental requirements (including fines or sanctions), the absence of environmental permits and authorizations and protests of the neighbors due to the effect that the activity of the company causes on the environment, flora or fauna.

With the aim of supporting the general objective of the National Climate Change Adaptation Plan 2021-2030, the survey included a series of questions to find out how Spanish organizations contribute to adaptation to climate change, what obstacles they encounter when promoting it and what would be needed to change. Among the main obstacles are:

The lack of resources specifically earmarked for this objective. The very long-term return on stocks and investments and the uncertainty in the production of damages. Operationally there are no obstacles. Both the market and short-term profit are levers of change. The biggest obstacle is the business model. The involvement of the different areas of the company, being a cross-cutting issue and with a high technical knowledge required. The vision of the companies is still somewhat short-term. Most of the budget of companies is focused on mitigation. Regulatory framework with shortcomings.

Management of climate-related risks and opportunities in Grupo Red Eléctrica

Work has been done to align climate risks governance with corporate risks governance and climate scenarios, combining physical and transitional risks. When considering physical risks, those included in the fifth IPCC report have served as reference, and to adapt variables to Spain it has been considered the information from the State Meteorological Agency of Spain (AEMET). In the field of adaptation, the scenarios evaluated are those collected by the National Integrated Energy and Climate Plan (PNIEC). Transition risks have a time horizon until 2030 because there is regulatory certainty that allows a more solid analysis; but physical risks have a longer time horizon until the years 2030, 2050 or 2070, because the facilities we build have to be up and running by the end of the century

According to Vázquez Miranda, the climate risk quantification exercise has been very complex and has practically required the development of a methodology for each of the risks and opportunities because the impacts are very diverse.

Some opportunities, physical and transition climate and nature-related financial risks that have the greatest impact on Grupo Red Eléctrica are:

"None of the financial impacts derived from these risks has exceeded 2% of the company's annual result, so they are not as relevant as could have been initially expected thanks to adaptation measures that are being implemented. For example, a lot of work is being done on specific wind maps by zones in the case of wind risk, the review of the construction parameters that can reinforce the lines in some places, the meshing of the electrical network is a fundamental measure to avoid problems and insurances, which are also very relevant."

Climate change and nature management in Enagás: Opportunities and risks

Elena Blanco Lozano, Enagás Sustainability and Environment Manager began her presentation by recalling that the context of the pandemic has revealed the existence of other crises that we face and their relationship of dependence on nature. In addition, she pointed out that in recent years there has been an evolution of global risks to place environmental risks among the most relevant in terms of probability of occurrence and impact on the safety of the population of the latest editions of the World Economic Forum’s Global Risks Reports .

"The roadmap to 2030 for the fulfillment of the SDGs focuses on tackling the loss of biodiversity. Stakeholders increasingly demand that these risks be considered, and in addition, regulation is also becoming more demanding, investors ask for more transparency and consumers want more sustainable products and services (...). At Enagás, eight material aspects have been identified, two of which are environmental: climate action and energy efficiency and management of natural capital and biodiversity"

Elena Blanco Lozano Manager of Sustainability and Environment at Enagás

When evaluating and identifying action areas related to Enagás’ material issues, evaluation methodologies from their  management systems are used, certified by ISO standards, and an impacts and dependencies assessments is carried out following the Natural Capital Protocol. These assessments serve as the basis for conducting risk assessments derived from climate change and biodiversity loss according to different scenarios and contexts. These evaluations are developed in direct operations, value chains and investee entities and their results are used when analyzing new business opportunities, detailed the manager of the Spanish gas transportation system.

“We are beginning to develop the valuation of ecosystem services at facility level, monetizing the impacts on biodiversity to calculate the net debt of natural capital with the intention that nature is integrated into the management variables of the company, to direct and prioritize actions more efficiently when conserving and restoring ecosystems.”

These evaluations serve as “inputs” to develop risk assessments. In this sense, Enagás has identified the main climatic and nature-related financial risks, considering the protected spaces and species and the value of natural capital:

Some of the measures and actions that Enagás is implementing to minimize these risks consist of adopting the objective of being a carbon neutral company by 2040, achieving by 2030 No Net Loss of biodiversity during construction and in the facilities it operates, compensating emissions that cannot be avoided through reforestation projects and the commitment to apply nature-based solutions to preserve, restore and manage ecosystems and species. Other additional measures adopted by Enagás to reduce climate and nature-related financial risks are the incorporation of environmental criteria in due diligence processes, environmental certifications and emission reduction targets linked to variable remuneration, concluded Elena Blanco Lozano.

“Thanks to the recommendations of the Task Force for Climate-related Financial Disclosure (TCFD), at Repsol we have already traveled a long way in managing climate-related financial risks. Regarding the financial impacts of risks derived from natural capital management, we are beginning to work on this, thanks to the EU sustainable finance taxonomy and the development of the Task Force on Natural-related Financial Disclosure (TNFD)”

Repsol carries out a detailed analysis of the TCFD requirements on an annual basis and applies visual management (using colours) to assess the degree of compliance. The working group created to address climate-related financial risks agrees on the criteria and gaps that require management in a different way or that is necessary to address and defines the roadmap to comply with the recommendations of the TCFD. This roadmap is later validated by the Risk Committee, the expert pointed out.

The responsibilities and functions in risk management of committees and divisions involved in governance have had to be defined in detail. In terms of risk management, in 2018 the Risk Division led the first internal study of emerging risks from climate change, expanding the scope of the analysis of these risks according to a long-term time horizon (2050). For this, it was necessary to develop a long-term risk assessment methodology applicable to emerging risks to climate change, which are not usually addressed in companies’ risk analysis. This methodology was published for the first time in 2018 and work is continues to update the risks map.

In terms of business, according to the Repsol manager, work is being done on:

To conclude, Belén Pedruelo mentioned a series of good practices that are helping internally to advance in the most adequate management of risks. Among them, she highlighted “the areas involved, the definition of the work methodology – which has helped to make significant progress -, the commitment of upper management and transparency to stakeholders -.

“The next steps that we will take to advance in better management of climate and nature-related financial risks will be to work on improving their quantification through indicators, applying the EC's sustainable finance taxonomy and closely monitoring the work of the Task Force for Nature-related Financial Disclosure (TNFD).” 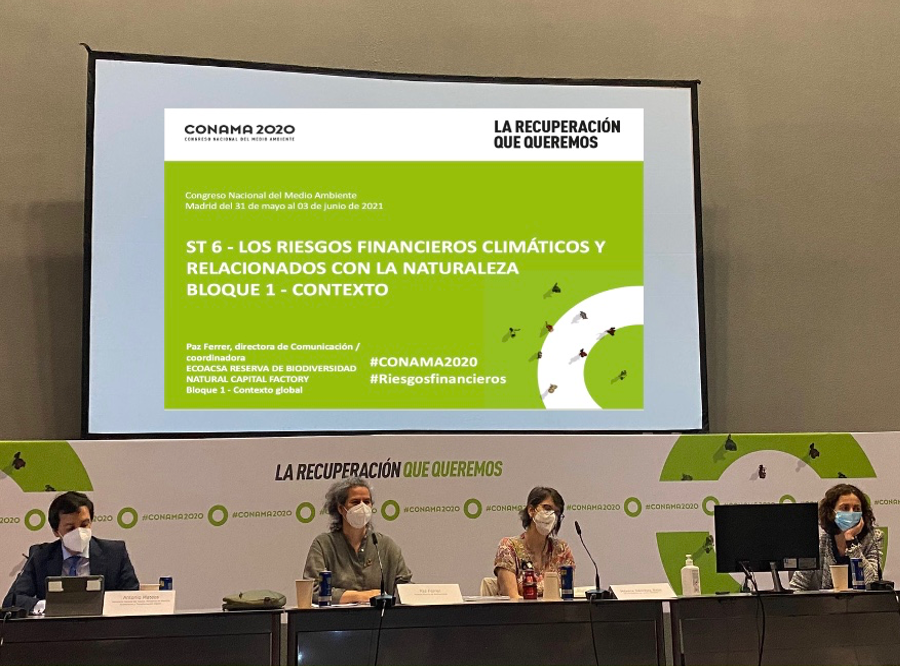 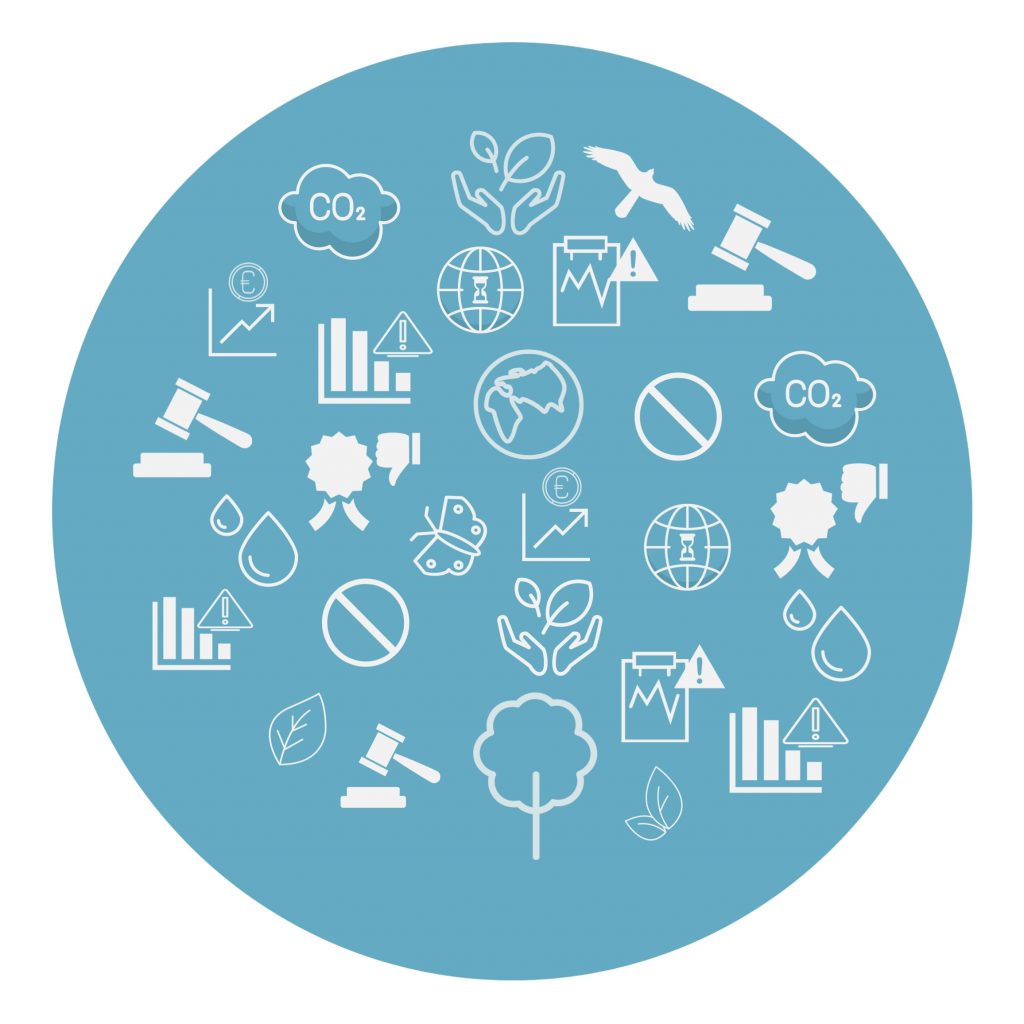